This is an act of aggression, A nurse helping a patient, not her only injury! 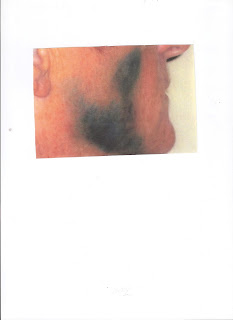 Recently, I received an email stating that there is no one ( union or management) in their institution that can give crystal clear guidelines to how to press charges after being assaulted at work by a patient. This email came from a nurse in the state of Conn. Their Gov.Dannel P Molloy signed into law ,violence against health care workers would result in a class C felony.
How can this happen? Why wouldn't the union be able to handle a little thing like How to press charges? A Union charges a lot of money to represent the Nurses but it is really the nurses that make up a union. Are the nurses afraid  to make a lot of noise? Could it be that the nurses feel it is part of their job to get assaulted? Why are institutions willing to stop the violence?
One more thing, in the State of MA. I have been told several hospitals are not having ant workplace violence committee meetings,when I asked why, one response was "we never seem to get the time" the other response was: it's the unions job to hold the meetings and no one is fighting this.
This is year 2013 and heath care workers are still getting assaulted. MNA worked hard on getting a bill passed ,As nurses are we using this bill to help stop the violence? We need to do better and we need to do it now!  BUT HOW?
Posted by sheila wilson at 8:32:00 PM No comments: